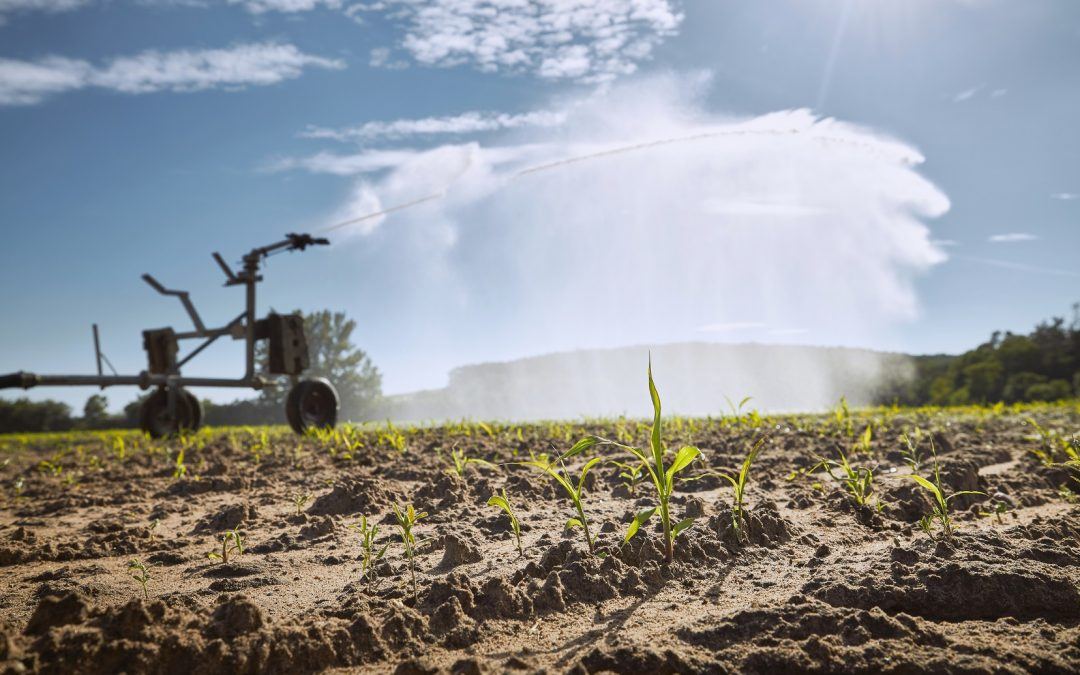 With each passing year, water scarcity is becoming a more widespread and serious international problem. In fact, the United Nations estimates that there are currently around 700 million people currently without a secure freshwater supply. The depletion of the world’s freshwater is a result of desertification, which is itself a symptom of worldwide climate change.

Though water scarcity might feel like a faraway problem, it’s already beginning to affect affluent Western countries, including the US. It’s a problem, furthermore, that could very well have detrimental consequences for the US agricultural industry for years to come. That’s the bad news. The good news is that farmers have the power to join the fight against climate change and against water scarcity.

In this article, we’ll elaborate a bit more on the issue of water scarcity. We’ll also introduce you to farm refinancing, and how it can be leveraged towards a more sustainable future.

What Is ‘Water Scarcity’, Exactly?

“Water scarcity” is a phrase that’s being thrown around a lot in the news and in academic circles these days. But what, exactly, does it refer to?

Put simply, water scarcity is a condition in which a population does not have reliable access to clean freshwater. It can result from ecological conditions, such as when a prolonged drought dries up a community’s aquifers or reservoirs. But it can also be the product of political mismanagement or economic pressure. Throughout history, despotic governments have intentionally manufactured water scarcity (as well as famines) as a means of subjugating certain populations.

Today, however, we’re facing water scarcity on a truly unprecedented scale. Our current situation is being perpetuated by climate change, which is a phenomenon that’s equal parts economic, political, and ecological.

What Water Scarcity Means for Farmers

Technically speaking, the United States is not living in a state of water scarcity. But in a world that’s connected through international commerce, one country’s local problems can quickly spill across national borders. In other words: Any country that becomes economically crippled by water scarcity could remove itself from the US agricultural market. And this, in turn, could spell serious economic trouble for US farmers.

Water scarcity here at home could also eventually reach the point that the US agricultural industry itself (literally) dries up. Again – this might seem inconceivable now, but the data suggests that we’re well on our way.

Through water-saving technology, US farmers have the power to reduce their farming operation’s water use. This, in turn, can play a significant role in the global fight against water scarcity. When you secure a farm refinance, you’ll gain the financial flexibility to implement these water-saving technologies without exceeding your budget.

At MSF Agriculture, our lenders can help connect you with farm refinance options that meet the needs of your business. Contact our office today to learn more!